Bookworms and literary enthusiasts will love the Pen on Fire Writers Salon, a monthly series hosted by Barbara DeMarco-Barrett with guest authors, literary agents, and screenwriters at Scape Gallery in Corona del Mar. It’s a the perfect place for those who enjoy attending readings and book signings. Tonight at 7 p.m. Pen on Fire features mystery writer Dennis Palumbo, and mystery writer/screenwriter Daniel Pyne. Both authors will talk about writing fiction, and the creative issues affecting authors.

Palumbo’s first novel, City Wars is being developed into a feature film. Among his many writing credits, the former Hollywood screenwriter has contributed to My Favorite Year, and was a staff writer for the TV series Welcome Back, Kotter. Pyrne’s screenwriting credits include Pacific Heights, White Sands and Doc Hollywood. Time magazine’s listed his re-adaptation of Richard Condon’s The Manchurian Candidate, directed by Jonathan Demme, as one of the top ten movies of 2004. Pyne’s first novel, Twentynine Palms, was just released in July.

Tickets for Pen on Fire cost $20, which includes refreshments. Advance tickets are required to guarantee a seat. Walk-ins are discouraged as seating is limited. Scape Gallery at 2845 E. Coast Highway in Corona del Mar.

Notes on Her Life

There will be a lecture, Q&A, book sales of Notes on a Life and signing, and light refreshments. First-come, first-served; no reservations. Doors open at 6:30 p.m. No admission charge; suggested donation of $10 at the door. Newport Beach Public Library Foundation at1000 Avocado Ave. in Newport Beach. 949.548.2411. 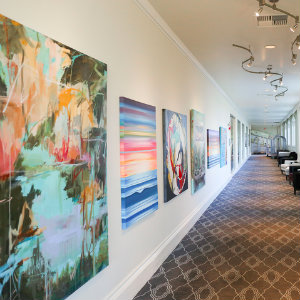 The Ritz-Carlton, Laguna Niguel welcomes back Laguna Gallery of Contemporary Art to the oceanfront resort’s rotating art gallery space with the new exhibit, California Cool. Now on display until May 2020, the contemporary-inspired exhibit features… 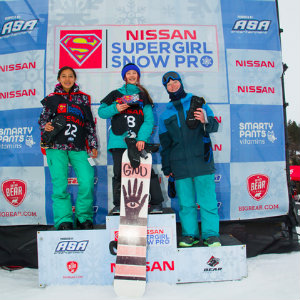 Nissan Super Girl Snow Pro, the ONLY All-Women’s Snowboarding Competition in the World, returns to Bear Mountain in Big Bear Lake, this weekend- February 22-23, 2020. Led by 4x US Olympian and 10x X Games Champion, Lindsey Jacobellis, recently named the No… 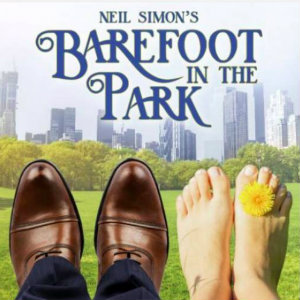 Barefoot IN the Park at Laguna Playhouse

Comedy legends Rita Rudner and Paul Rodriguez star in the Neil Simon classic BAREFOOT IN THE PARK, previews begin on Wednesday, February 26 at Laguna Playhouse and will open on Sunday, March 1 at 5:30 p.m. and runs… 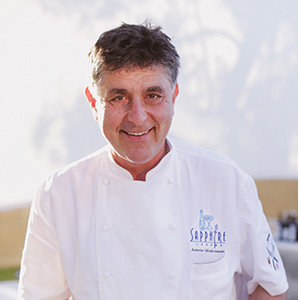 Change in Ownership of Sapphire Laguna

Chef and owner Azmin Ghahreman will be transitioning ownership Sapphire Laguna after 13 years. “My team and I have made countless memories and created a special bond with so many guests, as well as with the beautiful community…